In recognition of World AIDS Day on December 1, StickyJ Medical ID encourages everyone to get tested for HIV, the virus that causes AIDS. In the United States, about 1 in 7 people who have HIV don’t even know that they have it. We feel that it’s important for everyone to get tested and raise awareness to this fatal disease that has crippled and caused the deaths of so many persons worldwide.

HIV can be spread in a number of ways, but unlike some common misconceptions would have you believe, it cannot be contracted through kissing or from simply being in the same room with a person who is a carrier. Below are the real ways in which HIV can be contracted.

As of right now, there is still no cure for HIV or AIDS, however, treatment options have vastly improved over the years to prolong life and provide a healthier living. As a symbol of HIV/AIDS awareness, the red ribbon is worn or used in communication efforts. 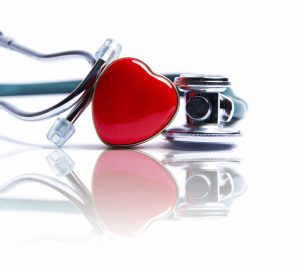 StickyJ Medical ID provides a variety of medical bracelets which can be engraved to tell medical personnel that you have HIV or AIDS and the can be customized to tell how you should be treated if a medical emergency arises. Many of the medical alert bracelets StickyJ Medical ID offers have the globally acknowledged red ribbon charms attached to communicate with persons with HIV and AIDS specifically. 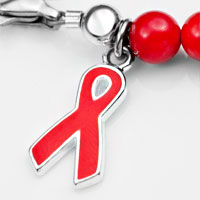 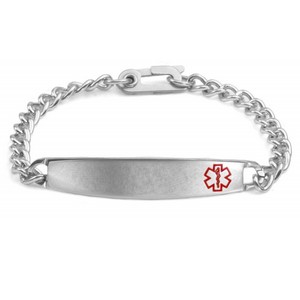 Aids is a disease where there is a significant loss of the body’s cellular immunity which means that persons with AIDS are much more susceptible to illness than a person with a healthy, functional immune system.

If you or anyone you know, know of anyone who actively engages in shared drug use which includes the use of needles or any persons who have unprotected sexual conduct, then it’s highly suggested that you recommend that they get tested immediately to prevent further spreading the disease to others. Sharing is caring — share and remind your friends and loved ones this year to get tested and stay safe!