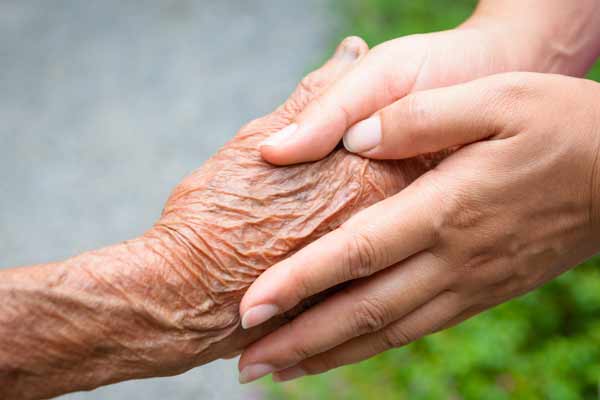 Parkinson’s is most known for the tremor in the hand, but that is just the beginning. The disease is a progressive disorder that affects movement via the nervous system. Nerve cells (neurons) break down due to the lack of Dopamine (a chemical messenger). Typically, movement slows and joints become stiff as Parkinson’s progresses. There is no cure for Parkinson’s yet. Medications that increase or pretend to be dopamine are used to improve symptoms and slow the diseases’ progression. Occasionally doctors will even operate on specific brain regions to ease symptoms.

Parkinson’s has no known cause but there are lots of factors and risk factors that may play a role.

Environmental Triggers (like the link with Agent Orange, herbicides, or pesticides)

Heredity (the more family members with Parkinson’s, the higher the chance)

Every person will exhibit different signs and symptoms of the disease. Most people experience symptoms on one side of the body that progress till eventually spreading to the other side.

Parkinson’s is not an uncommon disease, the United States has roughly a million people living with PD. Each year about 50,000 more are added to the list. Besides the tremor and some rigidity made best known by Michael J Fox, people may not recognize the symptoms of the disease. That is why it is so important to wear a Medical ID.

What should you engrave on your Medical Alert Bracelet or Necklace?

– when listing allergies just write: “no” rather than ‘allergic to’ (i.e. no PCN, no codeine, no latex, etc)

– medications change and frequently are too long to list. We offer a free medical wallet card that you can list meds and other information 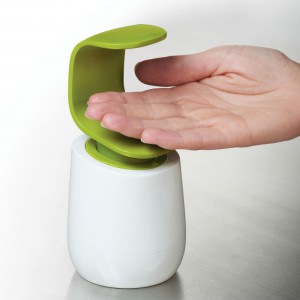 It’s the little things in life, you wouldn’t think of, that becomes difficult. Washing hands can be made easier with a C-pump single handed soap dispenser. 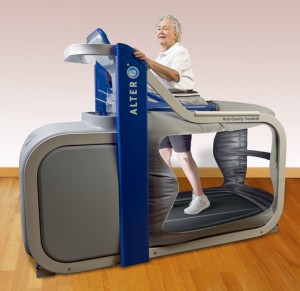 If you are lucky enough to live in the farthest East point of Massachusetts, the Function First Physical Therapy company has an anti-gravity treadmill they use for therapy! The treadmill can have you walking or running on just 20% of your body weight (which can be gradually increased if called for). 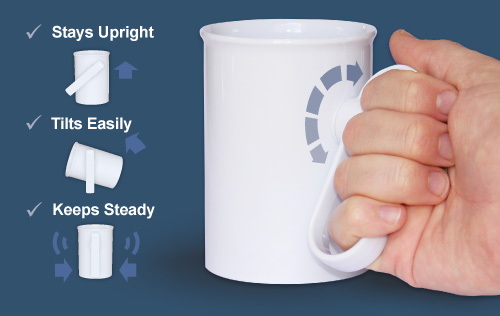 I believe that nothing should stop people from drinking their morning…afternoon…maybe even nightly coffee. This mug by Hand Steady can keep you caffeinated and spill free. 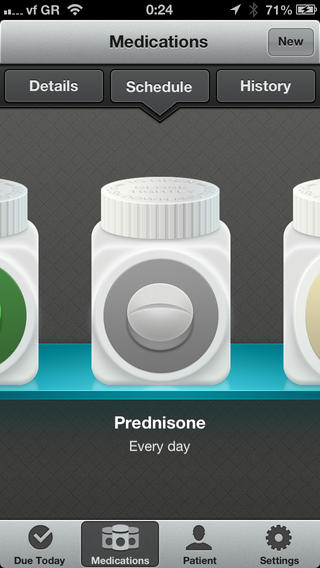 Having trouble remembering what pills to take when? For only .99 cents, you can get this Pillboxie app on your phone that lets you set reminders and schedules. This is a great way to keep a logged & detailed history for your doctor or in case of medical emergency. 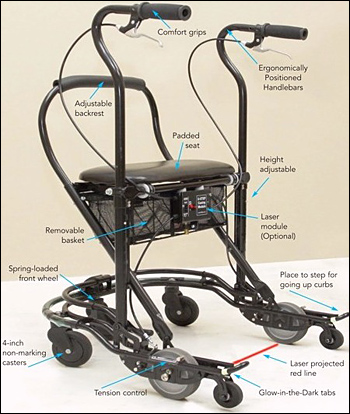 What can’t be solved with laser beams?! This walker is designed specifically for people who have Parkinson’s Disease. If it weren’t helpful enough with all of the extra features, the creators of this U-Step walker added a laser sight to aid in balance.

No need to lift heavy milk or juice containers just for every drink. The Magic Tap acts like a fridge water dispenser but for anything you choose! It’s such a deal for what it allows you to do, I would highly recommend this product. 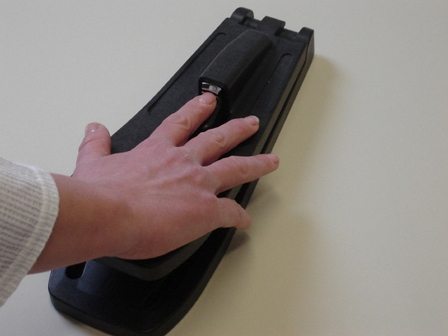 Nail clipping with Parkinson’s is not only difficult, it’s potentially dangerous. Keeping nails long can lead to scratches and pain too. These one handed clippers make nail clipping easier without a trip to the salon.

This was a great idea by a Special-Ed teacher to keep straws from wandering around a cup; ever eluding the tongue! If the disease has progressed, oral motor capabilities can decrease making activities like drinking from a straw hard. This straw holder idea can help.